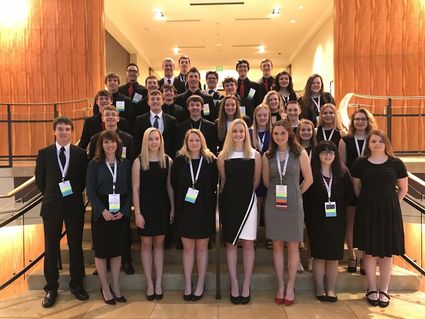 The Washington State Leadership Conference of the Future Business Leaders of America was held in Bellevue on April 4-7 and was attended by 31 students from Odessa High School. The trip began with a stop at Central Washington University where former FBLA members and Odessa High graduates Carsen Weber, John DeWulf and Trevor King, all brothers of current chapter members, gave the group an awesome tour of the campus.

The trip continued to Bellevue where students were allowed to go behind the scenes of Bellevue Square and the many properties owned by the Freeman family. Students learned that be...