Tigers fall to ACH, then beat Northport in three 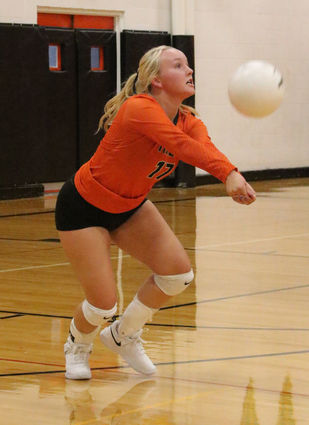 Natosha Boss makes a play in the match against Northport.

On September 11, Odessa played Almira-Coulee/Hartline at Odessa and fell to the Warriors, 3-0.

The OHS Tigers volleyball team had an away game at Northport on Thursday, September 13. The Tigers won in three straight games.