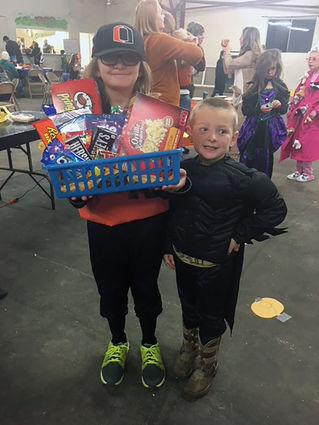 Morgan Lewis, with brother Mason Lewis, was the winner of the big raffle prize at the Halloween Carnival held in the community center on October 31. The event was sponsored by the school's FFA chapter and the Odessa Chamber of Commerce.

Odessa High School's FFA advisor HaLee Walter reports that the Halloween Carnival was a big success, with over 100 people attending the event in the Odessa Community Center. The group partnered this year with the Odessa Chamber of Commerce and included downtown trick-or-treating at participating businesses for a limited time period.

The little ones loaded up on sugar, and everyone was apparently quite pleased (at least from reports received at this newspaper). 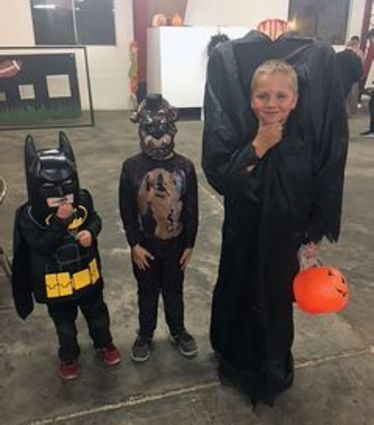 Hank, Hudson and Sawyer Walter show off their costumes at the carnival.