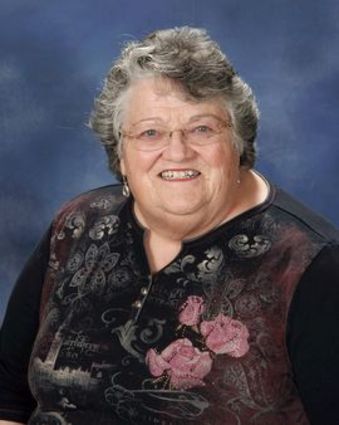 Neva G. Braun passed away October 30, 2018 in Spokane. She was a former resident of Odessa and a current resident of Spokane.

She was born January 15, 1938 to Floyd and Ada Williams in Libby, Mont. Neva currently attended Hamblin Park Presbyterian Church participating in the ladies Bible study group, she also participated in their bell ringing choir for many years. While in Odessa she was a member of the Heritage Church and Choir.

She was a graduate of the Sacred Heart School of Nursing where she became a Registered Nurse and worked in Odessa for many years initiating a nurses aide class, teaching nursing skills to young adults interested in entering the nursing field. She was also an active EMT during her years in Odessa, training fellow residents of Odessa in EMT skills and representing the group for eastern Washington.

She is a member of the Washington State Quilters Association, Odessa Bridge Club and the Wii Bowling Club. She enjoyed fishing, traveling, gardening, sewing, knitting, reading, watching sports and found it easy to live on the farm or in the city. Neva is survived by two children, Gale (Kami) Braun and Nanci (Heath) Lyon; three grandchildren, Kelby and Garrett Braun and Rylie Lyon; and sisters, Norma (Howard) Riebe, Georgia Krager and Sue (Les) Madsen, along with numerous nieces and nephews. She is preceded in death by her husband Wayne Braun, one son Gary Braun and one brother Alan Williams.

A Celebration of Life Service will be held at Hamblen Park Presbyterian Church, 4102 S. Crestline St., Spokane WA 99202 on Monday, November 12, 2018 at 10 a.m. A graveside service will follow at Odessa Memorial Cemetery at 2 p.m. Memorials may be made to the Gary Braun Scholarship, Odessa EMTs or Odessa Memorial Hospital. Fond memories and expressions of sympathy may be shared at http://www.stratefuneralhome.com and will be welcomed by the family. Strate Funeral Home in Davenport is caring for the family.