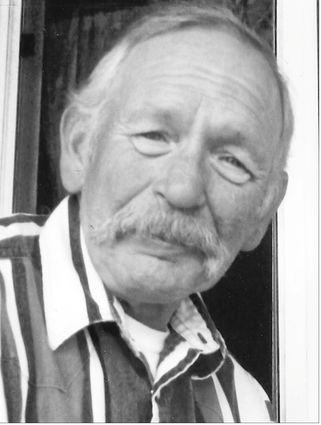 Bill, Billy, Papa, Daddy, Uncle Bill, aka William Joel Zimbelman, was born February 2, 1953 in Marlin Washington to Donald Zimbelman and Gloria Starkel. Surrounded by love ones, he moved on to be reunited with Sue on November 15, 2018.

The majority of his early life was spent in the area surrounding Odessa. He later moved to the Soap Lake/Ephrata area where he met and married the love of his life Sue and settled down to raise his family.

In his professional life, Bill was an iron worker retiring after 30 years of service. It is here where he met some of his dearest lifelong friends. His passion was the cowboy life and his grandkids. He was as tough as nails but could easily be turned to mush by the simple phrase "Papa." Papa was either buying them ponies, taking them to play days and fishing or playing backyard baseball with his grandkids (cheating often). Bill was a man of few words, but when he spoke people listened, except, of course, Sue.

His hobbies included fishing, building things, making sausage with family and friends, raising and riding horses, riding bulls, bulldogging, roping, dancing in the kitchen with his wife, daughters and grandkids, watching old western movies, playing poker with his family (cheating here also), intimidating his girls' boyfriends and refusing to drive anything but Fords.

His family was his whole world, and we will miss him dearly. But, knowing he is dancing with mom to the Orange Blossom Special comforts us.

Bill is preceded in death by his wife Sue, dad Donnie and brother George.

Memorial services were held November 21, 2018 at the Ephrata Cemetery. A celebration of Bill's life for family and friends followed. Please express your thoughts and memories for the family at http://www.nicolesfuneralhome.com. Arrangements are under the care of Nicoles Funeral Home of Ephrata.