OHS Tigers are 1B state champs 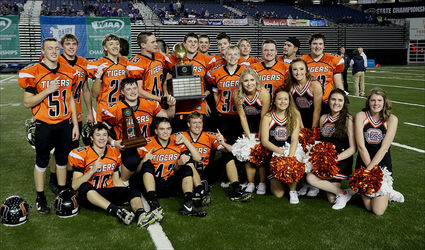 Let's roll out the red carpet and start the ticker tape parade. The Odessa Tigers completed a perfect season, 14-0, after their win Saturday afternoon against Almira-Coulee-Hartline, 63 to 12.

A little credit must be given to ACH for keeping the turnovers coming, it was almost like a light brunch, there were so many. Which in turn kept the ball in the Tigers' hands and made for a record breaking game, with 40 points in the first quarter. 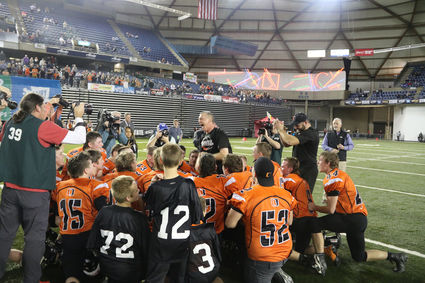 Marcus King ended the game with 224 yards rushing and 4 touchdowns. He had 3 touchdowns in the first quarter alone.

For the season the Tigers had 995 points, averaging 71.1points each game. Making this a really pleasurable season to watch. Top scorers on the season are Marcus King with 298, Josh Clark with 142, Pilot Weishaar with 130, Tim DeWulf with 70, Brady Walter with 54 and Jakob Starkel with 52.

All in all, this season has been a pleasure to watch. I look forward to a fantastic basketball season and another exciting football season in 2019.