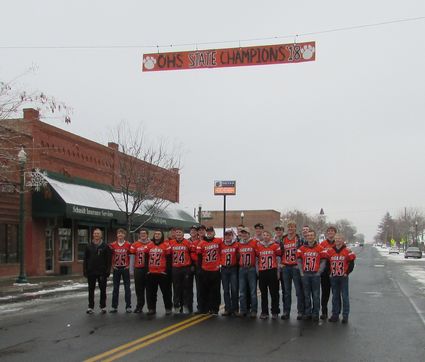 We are so proud of the 2018 Tiger streak and their 14 - 0 season. We haven't won a state championship since 1993 when we played against Clallam Bay in the Kingdome.

The 2018 game was amazing, as usual, with the Tigers breaking records in the first quarter. Marcus King had four touchdowns in the game, followed closely by Josh Clark with three and Drew Hardung with one. Quarterback Camden Weber had two conversion points, as did Pilot Weishaar and Tim DeWulf. King had a total of eight conversion points, bringing his point total for the game to 32.

Of course we know that a team is only as good as its defense, and as usual this defense was on the ball. 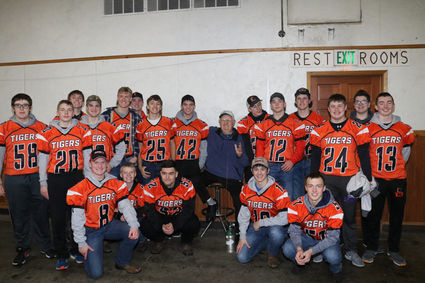 With a total of 45 tackles on the game, the Tigers knew how to keep Almira-Coulee-Hartline at bay. King led the team in tackles with a total of seven, followed by DeWulf and Theron Schlomer with six each, Pilot Weishaar and Brady Walter with five each, Jaden Hunt with four, Hardung with two. Getting one tackle each were Keith Strebeck, Camden Weber, Jett Nelson, Colton Messer and Bradly Singer.

I can remember back in prehistoric times, when I was in high school, the Smilodon (saber-tooth tigers) came really close to a championship. We would get to the playoffs, and something would inevitably happen. So, for this old lady, watching the boys kick booty all season has been fantastic. I felt like one of those parents who wanted to go pro but couldn't, so they lived vicariously through their kids. These boys are all my kids, and I WON THE STATE B 8 Championship!!!!