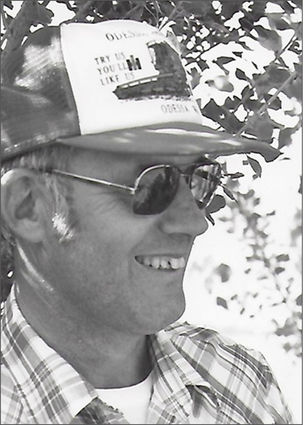 Loren J. Totusek passed away January 8, 2019, at the Odessa Memorial Healthcare Center in Odessa at the age of 82.

He was born August 1, 1936 on the family farm to Frank and Ruby (Hoover) Totusek. He was a member of the Marlin Presbyterian Church. Loren was a U.S. Army veteran, a member of the Odessa American Legion post and also participated with the Odessa VFW.

He was an avid player of horseshoes, also enjoyed trapshooting and was a member of the Marlin Gun Club, bowled with the "Irby Ridge Bowlers," played darts and was a 50-year member of the Odessa Grange.

Loren is survived by several cousins and many friends. He is preceded in death by his parents Frank and Ruby Totusek, a sister Margaret Totusek and his brother Virgil Totusek. A Military Graveside service will be held on Wednesday, January 16, 2019 at 11 a.m. at the Bohemian Cemetery, with Pastor Jon Hayashi officiating.

Memorials may be made to the donor's choice. Fond memories and expressions of sympathy may be shared at http://www.stratefuneralhome.com for the Totusek family. Strate Funeral Home in Davenport is caring for the family.