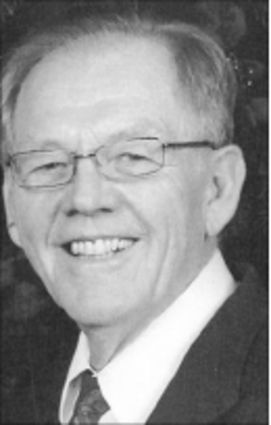 Jerry Walker passed away peacefully on May 17, 2019 in Spokane. Jerry was born to Jacob and Katie (Wacker) Walker on December 31, 1938 in Odessa. He was baptized into the Christian faith in 1940 and was a member of the United Congregational Church and Christ Lutheran Church in Odessa. Jerry graduated from Odessa High School in 1957 and Kinman Business University in 1959. He served in the Air National Guard from 1959 to 1965. He married his high school sweetheart, Kathy Hemmerling, in 1960.

Jerry started work as an accountant at the Odessa Trading Company in 1960 and served as general manager from 1970 until his retirement in 1998. He had many friends in the grain and machinery business. He served on the board of directors of The Northwest Feed and Grain Association and in 1984 was honored as manager of one of the top 50 International Harvester dealerships in the world.

He is preceded in death by his four brothers David, Alvin, Wesley and Richard and his three sisters Ruth, Florence and Bernice.