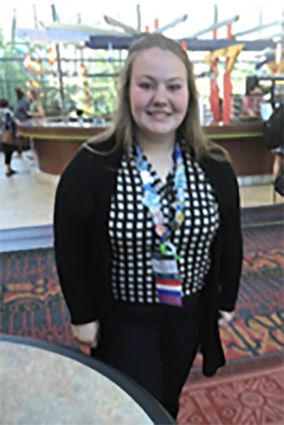 Hannah Ingalls, an eighth-grader and co-president of the Wilson Creek Junior High FBLA Chapter, had the opportunity to represent the Wilson Creek School District and Washington State FBLA by attending the FBLA National Conference in San Antonio, Texas from June 28 to July 3.

In total, there were 13,000 students in attendance representing chapters from all over the United States and five other countries.

In addition to competing, Hannah also networked with student leaders from other states and countries, attended workshops put on by industry leaders from across the country and also explored historical and educational venues around San Antonio.