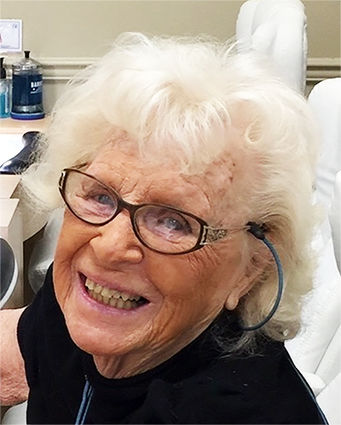 Joyce had lived near Odessa most of her life. She spent summers at Badger Lake, near Cheney. She had also lived several years in Spokane and Moses Lake, and spent her last two years living in Tucson.

Bud and Joyce enjoyed many wonderful summer Sundays spent with neighborhood friends and relatives at Tavares Lake, swimming, waterskiing and having potluck picnics.

Joyce always had interesting projects going, such as making concrete arrowhead-shaped step stones and a coffee table embedded with broken pieces of collected Indian artifacts. She grew beautiful roses and amazing pots of geraniums with enormous flowers. She loved listening to music, Billy Vaughn, Celtic and Country. She had a soft spot for animals, often donated to animal rescue organizations and loved her dogs.

A graveside service will be held at the Odessa Cemetery July 20 at 1 p.m., followed by a gathering at Any Occasion.