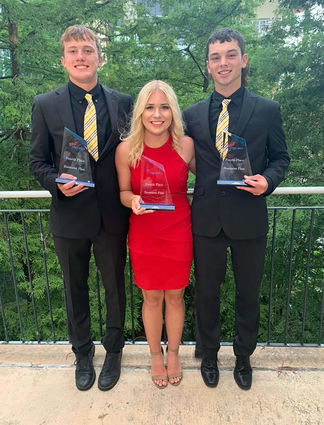 The Publication Design team, consisting of Maddy Wagner and Tori Weishaar, placed third in the nation after having taken a fifth place at Regionals and a fourth at State.

With a fourth-place finish, the Community Service Project team of Eric Johnston, Maddy Wagner, Chloe Winkler and Colton Messer strode across the national stage for their award.

Another fourth-place finish was awarded to Marcus King, Josie Westmoreland and Camden Weber for the Business Plan they wrote. 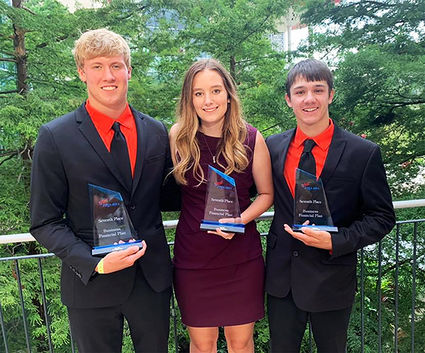 The teams that did not make it into the finals were very disappointed. Posting on social media, their advisor Terri King said, "They worked hard and gave it their all, but competition is brutal with more than a hundred competitors in most events." She was proud of the efforts her students had put forth and appreciated the community and the students' families for their support in making the experience possible.

It was not all work and no play for the Odessa contingent however. Students and chaperones alike were also able to visit various points of interest in San Antonio during their stay. They visited the Alamo, took a boat tour of the canal system, enjoyed Texas barbecue for dinner and enjoyed southern hospitality.

On July 3, a very tired group caught the 3:30 a.m. shuttle to the San Antonio airport and flew home to Odessa.