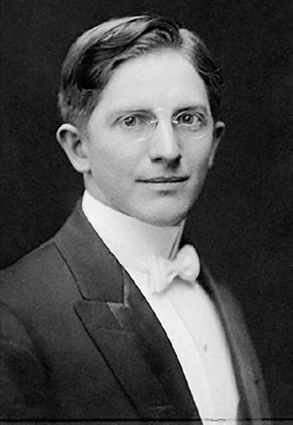 Donations toward improvements to the vacant lot at Willis and SR 23 are being received. It was reported that a thermometer showing the donations can be found on Facebook or Instagram. Three corporate sponsors, Les Schwab Tires, Nutrien Solutions and HighLine Grain, are among the donors.

Information was shared regarding the Street Dance which is scheduled for the Friday evening of Fall Festival on September 27. The Street Dance committee has a list of items they would like purchased or donated for this event. Organizations are being contacted to donate lights, postage, printing, postcards, extension cords, flyers and advertising. Margie Hall from the EDC offered advertising support from her EDC budget.

The PDA again addressed the concern for housing in Harrington. Margie Hall from the Lincoln County Economic Development Council, spoke to the group about the county-wide lack of available housing. She offered several suggestions that our community could consider as ways to get involved in contributing to some solutions:

1. Visiting with real estate folks about their clients as to why they are considering moving to our community, what their interests are, what amenities they looking for in their search for housing.

2. With housing limited, she shared a map from a community that had identified the vacant lots that had the potential to become building lots. She suggested identifying the owners of these lots, their zoning and the availability of utilities. Nathan Luck indicated that he was interested in this as a project and volunteered to work on creating a City of Harrington "vacant lot map."

When Tipton arrived from his harvest job at about 8 p.m., he made some comments about the Street Dance event, as he was involved with the committee. He shared that he had visited with Ellen Evans, president of the Harrington Opera House Society and shared some of the Opera House concerns regarding their involvement. The Street Dance is to be held on Willis Street between SR 23 and Fourth Street. For Friday evening the Opera House will have its lights on for the ambiance on that corner of Willis with the dance on the street below, but would not be open Friday evening. The Opera House has tours scheduled for Saturday.

The Town Square Project is a Harrington City project, the vacant lot being owned by the city since 1986. Tim Tipton showed an earnest interest in seeing the vacant lot cleaned up and made into something useful. Tipton is a member of the City Council and is also president of the Harrington Area Chamber of Commerce. Consequently, Tipton has taken the lead on the project. The Town Square Project committee consists of Tipton, Susan Larmer, Betty Warner, Jay Gossett, Jerry Allen and Judy Mielke. It was through the efforts of the Chamber of Commerce that the city was awarded by The Innovia Foundation a matching-funds grant up to $30,000. If the city can raise $30,000, there would be a total of $60,000 to use on the development of the lot. The clock is ticking on the deadline, which is set for the end of the year. Earlier in the year an effort was made to sell paver blocks to be engraved for $50, $150 and $350 in varying sizes. Heather Slack anticipates: "There has been a portion of the money already raised which will make it possible for brick work to begin this month on the remaining wall from the Makey Building."

The thermometer posted on Facebook for the Town Square Project indicates $8,500 in donations to date (8-24-2019). As will be recalled, the building that was razed by Floyds at this site was originally built as the Adams & Mitchum Brick Block and carried a variety of names including The Ellis Miller Co., Jake's Service Station and later the E.L. Makey building during the period from 1940 to the 1960s.

Adjunct to the paver block fund raiser is the Street Dance which is planned for September 27. No admission fee will be charged. Slack commented: "This is a family-friendly, community event that is meant to bring people together. Its intention is to show off the Town Square project, offer a sample of what types of things can be done in the space and provide some fun entertainment on Friday night before Fall Festival."

The committee for the Street Dance fund-raiser consists of Karen Allen, Katie Steward and Heather Slack. They created and are sending out invitations and fliers. Anticipated printing and mailing costs for 600 postcards is calculated at $300. The event has been organized to include a sample farmer's market, the Beer Garden and the Street Dance on Willis between SR 23 and 4th Street.

The Farmers Market will have fruits, vegetables, eggs and locally raised meat for sale. Julie Jacobson will be selling pulled pork sandwiches and street tacos. The Town Square committee will have an information table set up with a landscape drawing of the space, samples of brick pavers on display and will be selling custom-engraved bricks as a fund-raiser. The Beer Garden will be in the grassy area between the Hotel Lincoln and the Herron's building (formerly known as Newland Bros., Richardson-Monks Hardware and Harrington Machinery). No alcohol will be permitted to leave the Beer Garden area.

For the Street Dance music, the committee is working with Kevin James, a Spokane radio DJ and a 1989 graduate of Harrington High. He spent 12 years with most of the graduates from that year. Becky Els, Brad Simpson, Kelly Knapp, John Eckhardt and James will be celebrating their 30th reunion during Fall Festival. 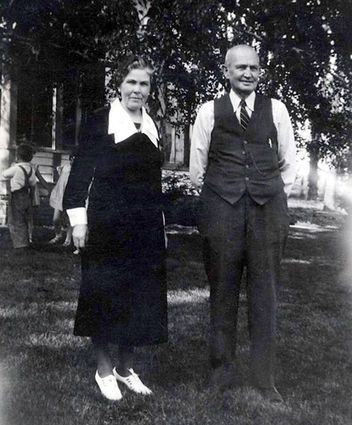 Marion Francis Adams came to Washington Territory in 1885, married Lula K. Wade in 1886 and farmed until 1895, when they moved into Harrington. With a Mr. Mitchum, Adams built the 1901 Brick Block on the corner of Willis and Third.

Jim and Daniel Wickwire met in the Harrington Library August 21 and 22 to look for at least one specific piece of family history in the Citizen archives: What are the details about Grandpa Pemberton, Harrington's dentist, who accidentally shot off part of his thumb and forefinger? These gentlemen spent many hours reading and gaining information on their family but were not able to locate an article regarding this horrendous accident, a dramatic loss for a dentist. The Harrington Library benefited from these men who shared photos with the city. Their mother was Dorothy Pemberton Wickwire, the daughter of Dr. William Stanton Pemberton and his wife Ethel Adams, daughter of M.F. Adams and his wife Lulu Wade. M.F. Adams was the Adams of Adams & Mitchum, whose lot is the focus of the Town Square project.