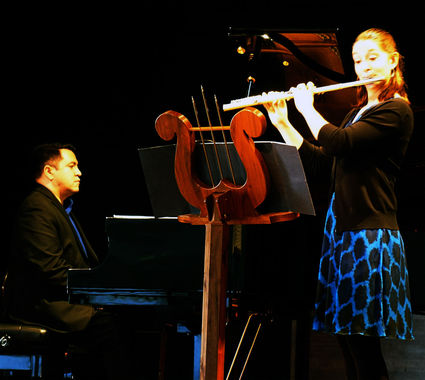 Alicia Mielke, flutist, accompanied by Kevin Garnica, pianist, played for an audience of about 70 people at the Harrington Opera House Sunday, November 17.