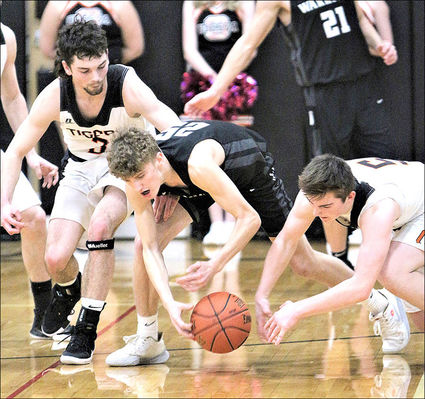 Camden Weber (#3) and Jett Nelson (#5) scramble with an ACH player for control of the ball in Fridays home game.

On Tuesday, January 21, the Tigers hosted the Columbia High Lions from Hunters, coming away with a very lopsided 87-28 win.

Odessa's 6'3" junior Tim DeWulf made his season debut in this game after missing the first half of the season and all of this year's football season as well due to injury. He scored 9 points and led the team in rebounding with 8, proving that he was back in form.