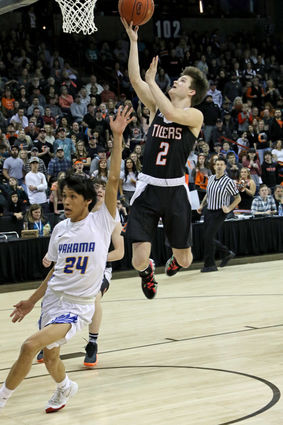 Ryan Moffet, an Odessa native, finished his four years of high school basketball with not only a state championship in the 1B classification but also the state scoring record with 3,216 points in which he was up against players from the 1B to the 4A classifications. He and his teammates formed a cohesive unit that had matured over the high school careers of its members. By the time Moffet and his five fellow seniors qualified for the state tournament, they had proven themselves over an undefeated season. Following the championship game, they were 27-0 and justifiably proud.