Novel Coronavirus: What is it, where did it come from and just how dangerous is it? 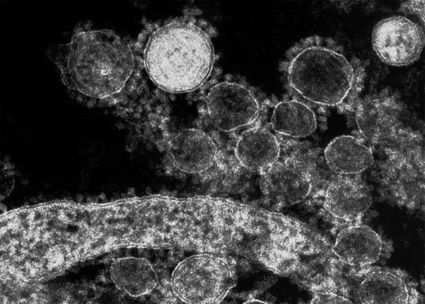 The image shows how the coronavirus receptors interlock and grab on to human cells, while the protein from the shell that surrounds it acts like a key enabling it to enter, reproduce and make 10,000 copies of itself in a matter of hours.

According to Wikipedia the definition of novel coronavirus is, "any recently discovered virus of medical significance not yet permanently named. Today it has a name, SARS-CoV-2.

SARS-CoV-2 initially broke out in Wuhan, China and was reported to the World Health Organization December 31, 2019. It has been discovered to potentially have originated in bats, and was likely transferred to humans through an intermediate host (more than likely mammal), a wild animal, sold illegally at the seafood market in Wuhan.

What does this virus, that has brought life to a screeching halt worldwide, look like...