Gap in King County outcome alone too big to overcome 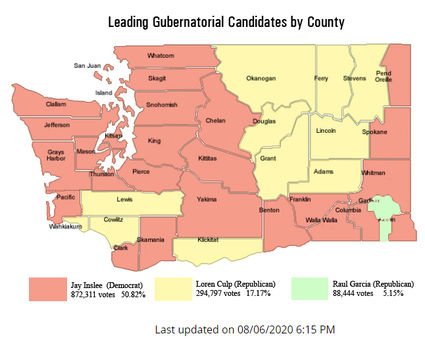 Despite the slip in percentage, Gov. Inslee will still walk away from the primary with a commanding win.

As of Thursday, Inslee received 872,311 votes and appeared to be on his way to winning 27 counties, including 10 of Eastern Washing...