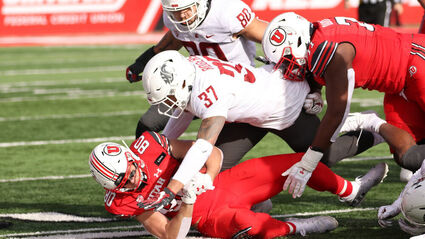 Then, there's Cougars football. Oh well, there's always next year, right? To quote a friend and die-hard Wazzu fan: "Maybe it's a good thing the Apple Cup was cancelled." At least, this year Coug fans don't have Mike Leach to blame, because there's no game against the Huskies to lose.