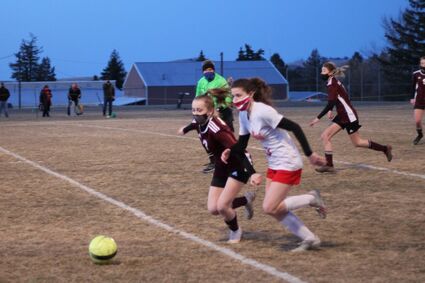 REARDAN--A standout senior season from the speedy Darby Soliday continued Thursday night against a fledgling Reardan Indians squad facing Davenport for the first time. Soliday scored five goals in the first half and assisted on another goal in the second half and the Gorillas pushed past the Indians 6-1.

Soliday now has 20 goals in six games this season.

"When she sees a line, she takes it," Davenport coach Monty Soliday said. "She's pretty aggressive. She has a knack to score, and that's kind of what her job is on the team. Sometimes I stand there as a parent and say I'm proud of there...