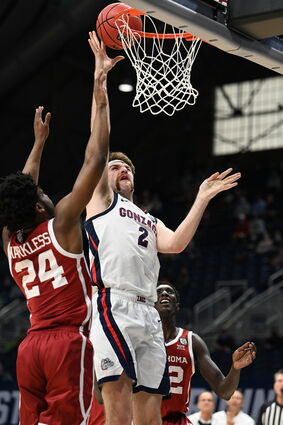 INDIANAPOLIS – For the sixth straight tournament, the Gonzaga men are in the Sweet 16. However, this is the first season they haven't lost a single game in that timespan. The NCAA Tournament's top overall seed dusted off Norfolk State 98-55 in the Round of 64 and took care of Oklahoma 87-71 in the Round of 32 over the weekend to improve to 28-0 overall.

The game against Norfolk State was never in doubt. Corey Kispert, who is one of four finalists for the Naismith Player of the Year, scored 15 of his 23 points by halftime. The senior hit six of his nine three-point attempts. Anton Watson c...