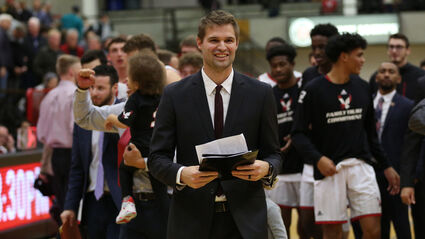 CHENEY – Eastern Washington promoted associate head coach David Riley to fill the vacancy left when Shantay Legans was hired away by the University of Portland on March 22. The 2021-22 season will be Riley's 11th in Eastern's program and his eighth as a coach.

"I am honored and excited about being named the next head coach of Eastern Washington University," Riley in a news release. "The past 10 years at EWU have been an incredible journey and I am grateful to all the current and former players who helped put me in this position."

His former boss, Legans, was a big fan of Riley's promotion...