Back to the northwest for Crossleys 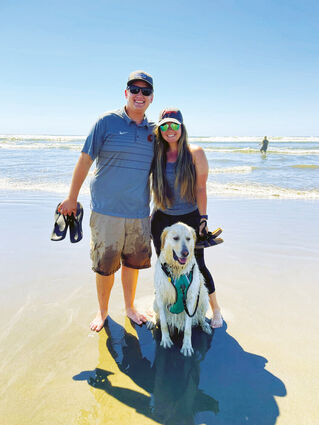 Kolby and Alyssa Crossley at the Pacific Ocean near Long Beach, Wash. with their dog Bear.

ODESSA – Kolby Crossley, a 2012 graduate of Odessa High School, has returned to the state of Washington after several years living and working out of the state. He has accepted a position as the press liaison for the Auburn Police Dept. after having spent time in Montana and Colorado as a local TV news host and reporter. He becomes the first civilian to hold the position at the Auburn PD. Before, police officers were assigned to that duty. The unpopularity of that duty among officers was what prompted the hiring of a civilian.