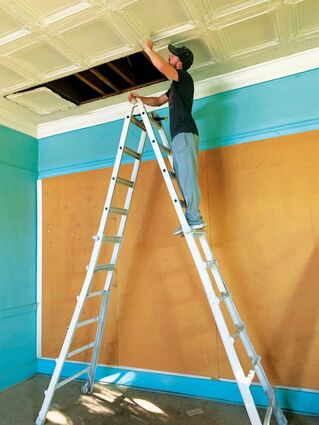 Photos by Terri King | Special to The Record

ODESSA – Work on the Old Town Hall continued even as preparations for Deutschesfest were underway last week. Perhaps it was to be expected that a 100-year-old building would throw many obstacles into the path of those trying to update it. Removal of the carpeting revealed a gaping hole in the floor of the south room, meaning that vendors would not be able to use the space during Fest. The Odessa Historical Society and the Old Town Hall Rejuvenation Society had been hoping to raise funds by hosting vendors there.

Despite that setback, there was additional good news for the structure. Thre...