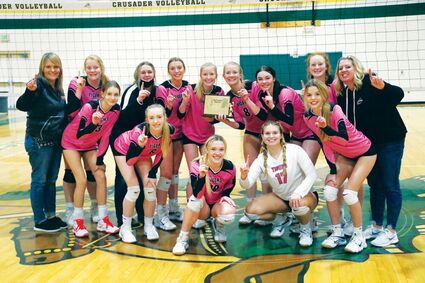 The Odessa Tigers volleyball team has gotten stronger as the season has progressed. The team is helped by the return of Grace Nelson following ankle surgery. Freshman Lily Starkel, who stepped in for Nelson early in the season, did a very credible job especially in getting blocks at the net. But Nelson's stronger offense and other players' more judicious choice of hits is helping the team to shine in the second half of the season.

The Tigers are the league champions and #1 seed in the district tournament. The tournament begins at Odessa and Republic home sites on Nov. 4, and Odessa defeats...