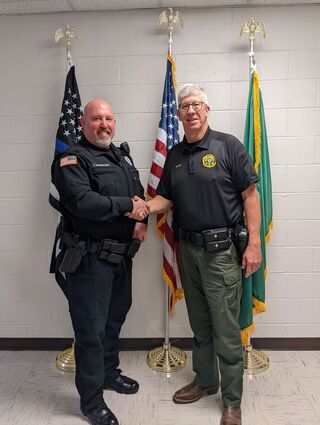 The Lincoln County Sheriff's Office announced its second hire in a week as John McMullen joins the staff as a deputy. McMullen joins Brian Hudspeth as new deputies patrolling the county. He served in the U.S. Army for seven years as an airborne ranger and had a 25-year career with the Washington State Patrol before retiring from that force Oct. 12.