Reardan girls make it nine wins in a row

Girls hold off UCA despite absence of three players 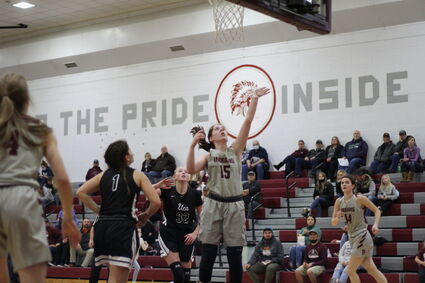 REARDAN-The varsity girls team was down two starters and one main rotation player in its matchup against Upper Columbia Academy. Though that fact caused some hiccups throughout the game, it wasn't enough to prevent Reardan from winning its ninth straight game by holding off the Lions 48-43 Tuesday, Jan. 11.

Reardan was down seniors Madi Dewey and Brooklyn Edwards and junior Liberty Anderson due to COVID-19 protocols. Ella Curry and Emma Flaa started in Dewey and Anderson's place.

A sloppy first quarter by both offenses ended with Reardan holding a slim 10-9 lead. UCA then built a 20-14 ha...