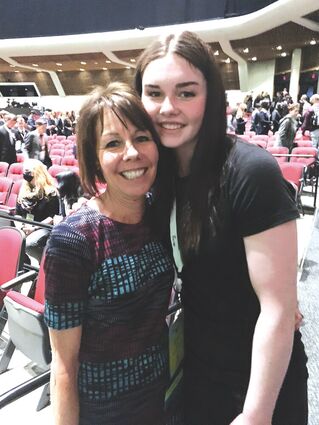 Terri King | Special to The Record-Times

Jamie Nelson with her daughter Grace Nelson. Jamie received the Administrator of the Year Award from the FBLA Organization.

ODESSA – On April 20, Jamie Nelson, the K-12 principal at the Odessa School District, accepted her award as the FBLA Administrator of the Year for the state of Washington at the FBLA leadership conference held in Spokane.

Emily Scrupps, president of the Odessa High School chapter of the Future Business Leaders of America, presented the award to Nelson for her support of the local chapter. Odessa's FBLA chapter advisor Terri King wrote the nomination letter submitted to the state's FBLA governing body.

King wrote that Nelson, in her role as principal at Odessa since 2014, had significant...