From Tim to Tim 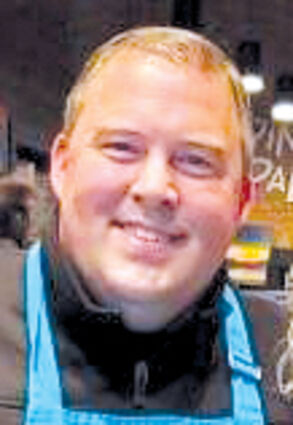 DAVENPORT – There will be a new Tim patrolling the gym starting this fall in Davenport. Current Lake Roosevelt athletic director and head football coach Tim Rasmussen is moving from District 6 to District 7 and replacing the retiring Tim Zeiler as Davenport's athletic director this coming school year.

Rasmussen will make the hour jump southeast after this school year, which is his fourth at Lake Roosevelt and 15th in education overall.

"I loved the history and tradition of higher education at Davenport," Rasmussen said. "I heard of the open position...and felt it was a good fit for my family."

The school board officially approved the hire of Rasmussen Monday, May 9.

He came to the area from Texas, where he received his teaching certificate while teaching P.E. and coaching football, track, golf, basketball, baseball and weightlifting throughout his tenure. Rasmussen also spent time at Sound Academy in Tacoma and grew up in Eatonville.

His first Eastern Washington connection came his senior year of high school, however, when he moved to Ritzville and graduated in 1998. Throughout his athletic career, he played football, track, basketball and wrestling.

"I fell in love with Eastern Washington," Rasmussen said. "I loved the values and the small-town feel."

Rasmussen played college football at Trinity International University in Illinois. He also spent time coaching football there, including stops at defensive and offensive coordinator. Additionally, he worked in the athletic department, including a stint as sports information director.

He also has experience teaching computer skills and anatomy/physiology.

Rasmussen is married to his wife, Nicole of 22 years. Nicole Rasmussen is also a teacher. The two have one grown child, two high school children and one daughter entering fifth grade.

The family plans to move to Davenport this summer, and Rasmussen will begin working with the district in August.