Odessa then loses to Mary Walker 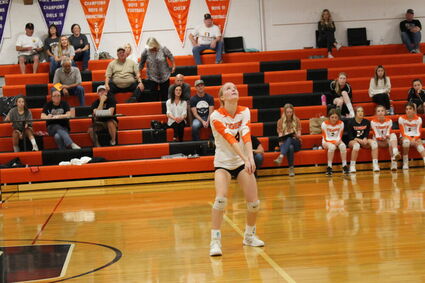 Junior Melloney Deife passes the ball to a teammate at the Odessa vs. Mary Walker game on Tuesday, Oct.18.

ODESSA- The Oakesdale Nighthawks came to win in a non-league match against the Odessa Tigers on Saturday, Oct. 15.

The undefeated Nighthawks are ranked number one in the state.

Odessa is in third place in the NE1B, with Northport first and Mary Walker second.