Tigers run the field with Republic 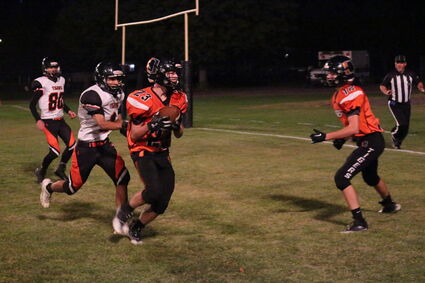 ODESSA-It was Tigers vs. Tigers during homecoming weekend, with Odessa winning against Republic 58-28 on Friday, Oct.14.

Within the first minute of the first quarter, the Tigers scored two touchdowns with two successful 2-point conversions.

Odessa scored 40 points in the first quarter, which started a running clock.

Senior Gage Starkel had three carries for 74 yards and two receptions for 83 yards.

Martin had one solo tackle and two assists.

Sophomore Corbyn Neilsen had one carry for 35 rushing yards, earning a touchdow...