Starkel shines in win over ACH 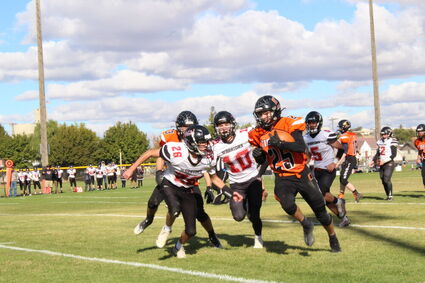 Gage Starkel runs to score a touchdown against Almira-Coulee-Hartline on Saturday, Oct. 22. Starkel scored 6 touchdowns during the Tigers' 56-14 victory over the Warriors.

Pitts had two carries for a total of 141 yards.

The Tigers and Warriors appeared to be evenly matched until Starkel returned with a touchdown 30 seconds after Pitts.