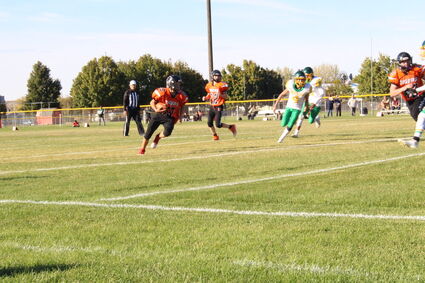 Alex Meyer makes a run with the ball during a division crossover game against Inchelium on Saturday, Oct. 29.

Odessa had a total of ten touchdowns and 14 successful point-after conversions.

Senior Gage Starkel scored four touchdowns with one two-point conversion, two solo tackles, one assisted tackle and six carries for a total of 83 yards. Starkel returned to the field after an injury in 2021 ended his season before the semi-finals.