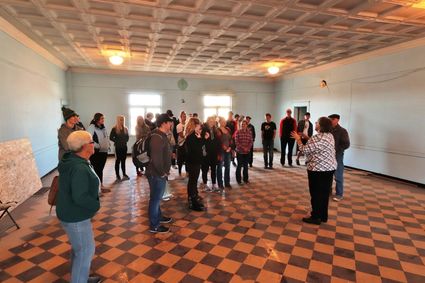 The Odessa Junior Livestock 4-H Club is once again busily gearing up for Christmas Fest, which will be held in the Odessa Community Center next Wednesday, December 5. Vendors from near and far will sell craft items and food items to kick off local shopping for the holidays. Hometown talent will provide live music on the indoor stage throughout the day. The Fest is open from 10 a.m. until 7 p.m. Door prizes donated by the attending vendors will be awarded, also throughout the day.

This Christmas Fest will mark the debut of a new chairperson in Jennifer Lewis. She has long been active in 4-H, first as a young member of the local club and now, as an adult, as an advisor and also a parent to two children who are already showing home-raised animals at the Lincoln County Fair even though they are still too young to join 4-H. Lewis replaces Faye King, who had headed up the event for the past several years before handing the baton over to someone new.

The new leadership has decided to discontinue the Christmas Fest flyer that had previously gone into the newspaper and been available to patrons of the event to encourage visits to Odessa's downtown businesses as well as the Fest itself. Participation last year in the raffle entered by obtaining signatures from local businesses was very low, so Lewis felt it was time to look for a change.

The kitchen in the community center will be open to serve burgers and beverages for lunch and dinner for anyone who cares to stop by. Another returning feature of the event will be the annual visit from the man in red, arriving at 1:45 p.m. He will be available inside the public library at the community center for pictures with Santa provided by Dazzling Photos by Lorry Pearce and sponsored by Go! Odessa Recreation (see their ad on page 4).

The Old Town Hall Rejuvenation Society will celebrate its year of fundraising and work on refurbishment of the iconic former site of Odessa's town government. The Old Town Hall has housed many different activities over the years but has slid finally into disrepair. The Rejuvenation Society, along with the Odessa Historical Society, has worked feverishly to obtain a new roof to stop leak damage. New windows are now on the agenda, as some of them are in desperate need of repair.

So the volunteers are having a party to celebrate with cookies and warm beverages, gifts available for purchase, a silent auction and raffle drawings for a quilt and a 50/50 cash prize (see their ad, page 6). 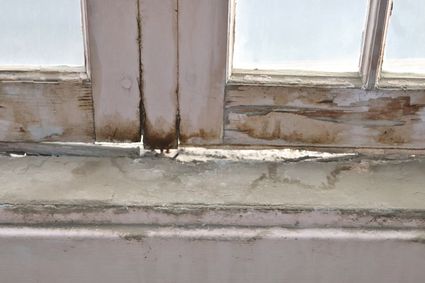 Daylight shows through the bottom of the wood-frame windows that have seen better days. The students want to continue to help with the restoration efforts.

A group of local volunteers gathered this week to put lights up on the large evergreen tree on the grounds of the Old Town Hall (see photos, page 3). Marlon Schafer provided his bucket truck, operating the movable arm as Tom Clavel placed the light strings on the tree, assisted by his sons Nick Stewart and Brian Clavel. Odessa Town Council member Marlene Kramer was also on hand to lend support.

Now that the lights are up, the tree stands ready to be lit officially by Mayor Bill Crossley next Wednesday evening to start the Christmas Fest After-Party.

On a side note, Paul Scheller, a member of the Odessa Historical Society, told The Record that the Odessa FBLA chapter has recently expressed a desire to continue helping to restore the Old Town Hall. "They contributed to the $25,000 repair of the roof this summer and now are interested in helping to replace the windows, many of which are falling apart," Scheller said. On November 8, the students toured the upstairs of the building with Old Town Hall Rejuvenation Society chairman Lise Ott.