Tiger boys jump out to 4-0 winning streak in BB 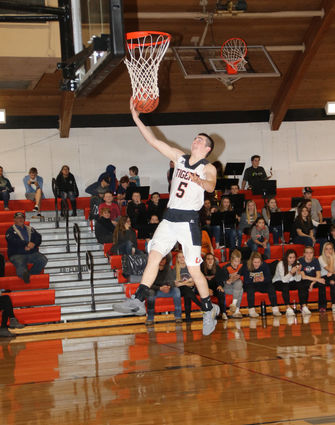 The Tiger boys got off to a great start this basketball season, with only Almira-Coulee-Hartline providing any serious competition for the 2018-2019 squad. Results for the first four games got to The Record very late, so we have scrambled to compile the stats for you as best we could.

See Dyanne Deering’s article on the details of the ACH game.

The Tigers played Columbia on Friday, December 14, running up a comfortable lead in the first quarter and sustaining their momentum through the end of the third.

This game was a entertaining to watch, as the Tigers truly operated as a team. Ryan Moffet and Marcus King scored 26 and 17 points, respectively, with almost all players also scoring at least a bucket. Moffet and Camden Weber led the team in assists with five and seven, respectively, showing that a true team effort was under way.

Defensively, Weber and King had six rebounds each to lead the team.

In an away game on Saturday, December 15, the Tiger boys once again ran away with the game, building up an impressive lead in the first half.

Moffet led the team scoring with 34 points, with four other players each scoring under 10 points. Jett Nelson led in assists with seven, while Moffet added another five.

On defense, Tim DeWulf had a great game on the boards, hauling down 10 rebounds. King followed with nine.

Against Valley Christian in Spokane on Tuesday, December 18, the same scenario was repeated again.

Moffet had a 30-point game this time, with others trailing far behind. Weber and Moffet had five assists each to pace the team. 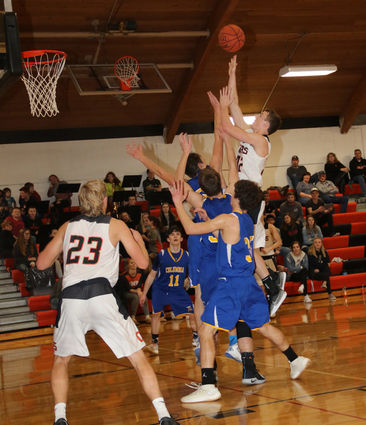 Weber and Eric Johnston led the rebounding with eight and six, respectively. Weber also led the team with five steals.

The next game for the girls and boys JV teams will be Thursday, December 20, in Harrington. There will be no varsity games. On Friday, December 21, Reardan comes to town for a non-league contest. All four games will be played. The teams will play in the Kettle Falls Christmas Tournament during the winter break on December 27 and 28. League play resumes on January 4 against Northport at home in Odessa.